Here are some of the amazing musicians that feature in Red Dirt: songs from the dust

Born in 1937, Rocky Frisco is one of Tulsa’s legendary “Tulsa Sound” musicians, a style of playing that influenced Eric Clapton, Elton John and many other international superstars in the early 1970’s. Rocky was there at the beginning, playing music with JJ Cale on and off since 1957. By 1959 Rocky was known as Rocky Curtiss and was the leader of the Harmony Flames. They had a hit record with Columbia Harmony called “The Big Ten”. It’s been fifty years since then and Rocky is still one of the hardest working musicians in the Tulsa live music scene. In the 1990’s and then again in the 2000’s, Rocky toured and recorded with JJ Cale again. This took him to Europe and all over America, including a Carnegie Hall performance in 1996 on a double-bill with Levon Helm and The Band. He is now in the Oklahoma Blues Hall of fame (2008) and in the Oklahoma Music Hall of fame (2009). Aside from the music, Rocky has a special talent for bringing people together and he was the spark that set the wheels in motion for Lata Gouveia and for this documentary film.

The voice that most embodies Oklahoma Red Dirt Music would have to be Tom Skinner. He, along with Bob Childers, Jimmy LaFave, Greg Jacobs and a few others, was one of the founding fathers of the Red Dirt movement in the late 1970’s. During the early and mid 1980s Tom was the leader of the Skinner Brothers Band and then Sante Fe, a band that featured the young Garth Brooks. It has often been said that Tom Skinner is the greatest songwriter you have never heard of, but in many ways, Tom Skinner’s Wednesday Night Science Project is the official Red Dirt gig in Tulsa. Every week they feature a new guest and this has become a gateway into Red Dirt Music, not just for Lata Gouveia but also for some of the most talented young songwriters in the Tulsa Red Dirt scene, like Dustin Pittsley and Jesse Aycock. Tom Skinner’s generosity and willingness to help younger songwriters has nurtured the Tulsa branch of the Red Dirt family for many years and it continues to do so until this day.

Don Morris grew up in North Carolina but he has become one of the most recognizable faces in the Oklahoma Red Dirt Music scene. His musical background covers a wide spectrum from Folk, Country, Gospel, Rock to Rhythm and Blues and he is a Red Dirt songwriter par excellence. However, one of the things that makes him such a central figure in today’s Oklahoma Red Dirt scene is the fact that he has played with everyone in Okie Red Dirt for the past two decades. Don performs his own music and also plays bass with Red Dirt artists such as the Red Dirt Rangers, Tom Skinner, Brandon Jenkins, and The Farm Couple. He co-hosts the Wednesday Night Science Project with Tom Skinner and leads the band when Tom is out on the road with Mike McClure. Aside from the music, Don Morris’ gentle persona and faith in human nature embodies the heart and soul of the Red Dirt community that he himself defines as his family. Lata Gouveia has referred to Don as “the quiet teacher”.

For the last twenty years the Red Dirt Rangers have criss-crossed America and have been overseas to spread the gospel of the Red Dirt music scene. They are in the position of being friends and collaborators with those musicians that came before and after them through Stillwater, the birthplace of Red Dirt Music. Bradley Piccolo, John Cooper and Ben Han Labuan are the three permanent members of the band. When they play electric shows, they rely on Tulsa Sound pioneer Jimmy Karstein on drums, Don Morris on bass and Randy Crouch on the fiddle to beef things up. In a music scene that includes so many unique individuals, musicians and songwriters, if you had to pick an emblematic band, the Red Dirt Rangers would definetly be it. They still live in the heart of Oklahoma’s Pawnee County and they welcomed Lata Gouveia and Matt Lochman into their homes with open arms, to share the details and point the way towards some key aspects of Oklahoma’s rural Red Dirt scene.

Randy Crouch is one of the pioneers of the Red Dirt movement and his influence extends deep into Oklahoma music of all types, including Folk, Bluegrass, Blues & Jam Bands. As one of the early founders of Red Dirt, Randy was first packing bars like Cain’s Ballroom more than 20 years ago during the later years of the “Tulsa Sound” movement. More recently some music followers may know Randy through his association with ever newer Red Dirt acts like Jason Boland & the Stragglers, Cross Canadian Ragweed, South 40 and Badwater. Despite his legendary status, Randy has remained true to his roots and personifies the Red Dirt community’s connection with the land and with nature. In many ways, he is one of the pillars, one of the archetypal faces of Oklahoma’s Red Dirt, carrying on the tradition of mentorship and the innocence of a truly free spirit. 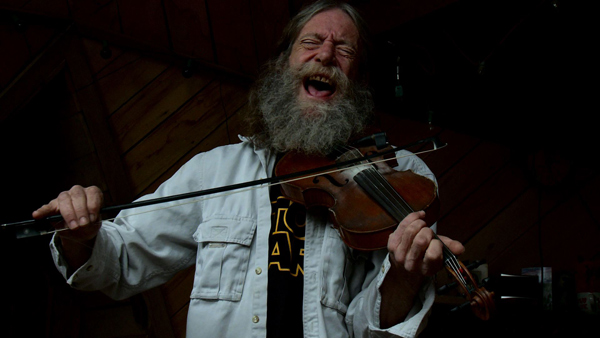 Robert Wayne “Bob” Childers was born in 1946, In West Virginia and died in 2008, in Stillwater, Oklahoma. He is known as “the Godfather of Red Dirt Music”. As a songwriter, he achieved widespread critical acclaim since the late 1970s, leading to comparisons to Woody Guthrie and other accolades such as “the Dylan of the dust”. The Tulsa World at one time reported that his songs had been recorded by more than 200 artists and many musicians saw Childers primarily as a guru and a mentor. He was known for encouraging young musicians and songwriters to take themselves seriously and, in a way, he became the common thread that runs through the whole Red Dirt music family. His songs are still performed by every Red Dirt musician and his legacy keeps growing along with the movement that he helped create.